To help develop people by fostering life skills, providing guidance and technical expertise that will self empower and lead to individual goal based excellence in attitude and performance

Olympian athlete, Matt Beckenham is one of Australia’s finest track and field coaches with his fresh, innovative and highly motivating attitude.

After competing at the Sydney 2000 games MattyB retired from international competition in 2002 and established a coaching business called MattyB’s FIT4FUN for development age athletes with a focus on fun and participation.

Within less than 10 years the business had expanded primarily due to the coaching success MattyB’s was getting with the senior athletes at Commonwealth, Olympic and World championship level. The business is now widely known as MattyB DEPT (MBD). Whilst the original FIT4FUN junior coaching remains the MBD now reflects all aspects of coaching now delivered through the business.

Importantly many of the successful senior athletes are proud graduates of the FIT4FUN program demonstrating MattyB’s clear skill in the long term development of an athlete. MattyB is now clearly one of the most professionally qualified track and field coaches in the country and now has a performance record with his athletes to match these qualifications. 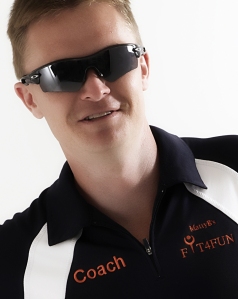 Presentation speech when receiving 2008/09 National Trainer of the Year

Gratitude isn’t enough to describe the feeling right now. Thank you @melissa_breen you were amazing and welcome Emjay you are simply perfect. Emjay Breen-Beckenham born 22/4/2021
Congrats Buzz on a huge win. 10 out of 10 ride if you were a jockey pal