MBD is proud to announce the squad of athletes for 2019-20 season.

The squad is likely to have multiple representatives at the upcoming World Championships (able and para) and then all eyes will then be on Tokyo for the Olympic and Paralympic Games in 2020.

All athletes will be chasing personal bests during the Australian domestic season which will be highlighted by ACT Champs, Open and Junior nationals and Stawell Gift.

There is an exciting young group of athletes in the MBD Development squad (age 13-17) with several tracking towards the Elite squad by the time they turn 18.

If you are interested in applying for any of the squads please send an email of interest to Matt Beckenham at mattybdept@gmail.com

The popular MattyB’s FIT4FUN junior squad, coached by Jordan Shelley and Lauren Boden, will recommence its sessions for kids aged 7-13 soon. Please keep up to date on this group here

A superb weekend of athletics has wrapped up in Canberra with 3 exciting days of competition at the Coles 2019 ACT Athletics Championships.

The squad was represented by 14 athletes and we witnessed multiple PB’s and a medal tally of 24 including – 15 Gold, 3 Silver and 6 Bronze. It was also fantastic to see so many of the squad who weren’t competing out there supporting everyone.

Thank you to ACT Athletics and all officials, volunteers and helpers for their contribution to another hugely successful event. I am proud to see our association’s showcase event being so well supported with over 700 athletes entered this year. 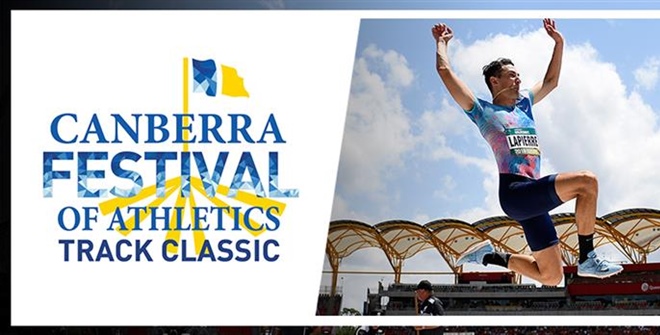 The MBD Squad is out in full force over the Australia Day long weekend.

Yesterday a strong group competed at the Wangaratta Gift, part of the Victorian Athletic league circuit, with many pleasing results including

On Monday the squad will be represented by a large number of athletes in the Canberra Track classic and also the ACT Athletics pre-meet held just before the track classic.

Weather is looking good and hopefully there would be a good crowd in attendance to support all the athletes.

Some changes have been made to guidelines around the different squads to ensure there is a smooth pathway of athlete development. The main squad (age 18+) also has a specific squad that identifies those athletes who focus primarily on professional athletic events (GIFTED squad).

Sarah Walsh joins Lauren Wells and Melissa Breen as an MBD Ambassador which identifies athletes who are of international standard and play an active role in mentoring, coaching and promotion of the squad.

Including Sarah, Lauren and Melissa there are 8 athletes in the MBD Elite Squad (athletes who reach the 18 and above elite standards). This squad boasts multiple national champions and Australian representatives.

There are also 8 in the MBD Development squad (age 13-17) with several tracking towards the Elite squad by the time they turn 18.

If you are interested in applying for any of the squads please send an email of interest to Matt Beckenham at mattybdept@gmail.com

The popular MattyB’s FIT4FUN junior squad, coached by Jordan Shelley and Lauren Wells, will recommence its sessions for kids aged 7-13 soon. Please keep up to date on this group here 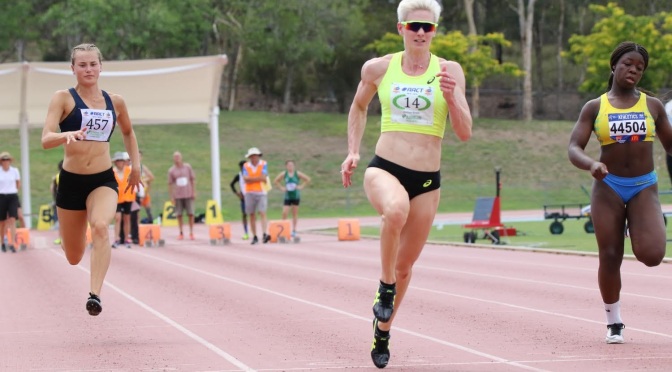 The squad has exploded into 2019 with some outstanding performances on a perfect day at the AIS in Canberra. Footage available on MBD YouTube page

Sarah Walsh jumped a new PB and Oceania Record for her class in the Long Jump with 5.29m (1.8w).

Lauren Wells wound back the clock today running what would have been a half second PB in the 200m with a time of 23.35 if not for a wind a mere 0.2 over the allowable.

In the Womens, Melissa Breen took victory in a legal time of 7.44 with Sarah Blizzard 8.10 and Charlotte Nicholson 8.28 representing the squad in the 60m.

Thank you to all officials and also Pease Photography for the great action shots. please follow them here

MBD was proudly represented by Jeremy Maranan, Claire Roberts and Molly Sturgiss at the 2018 Australian All Schools in Cairns.

Despite the cyclonic conditions all competed well and a huge congratulations to them all.

Athletes were given fantastic conditions and they did not disappoint with multiple state titles, personal bests, season bests and a Commonwealth Games A qualifier recorded.

Congratulations to everyone and a huge thank you to all the AACT officials and volunteers for providing such an athlete friendly championship. It is simply the meet on the calendar that everyone wants to come to each year.

Congratulations to the whole squad and thank you to all involved in these results including Scott Smith, Melissa Breen Myogen – Performance Movement Therapy, parents, and partners.